Great new essay by guest writer Rapheal Randall a proven community organizer in Philadelphia and organic intellectual, riffing on Chinua Achebe’s theme that “Things Fall Apart”. Check out this piece and read more about Raphael and his work below. Kamau 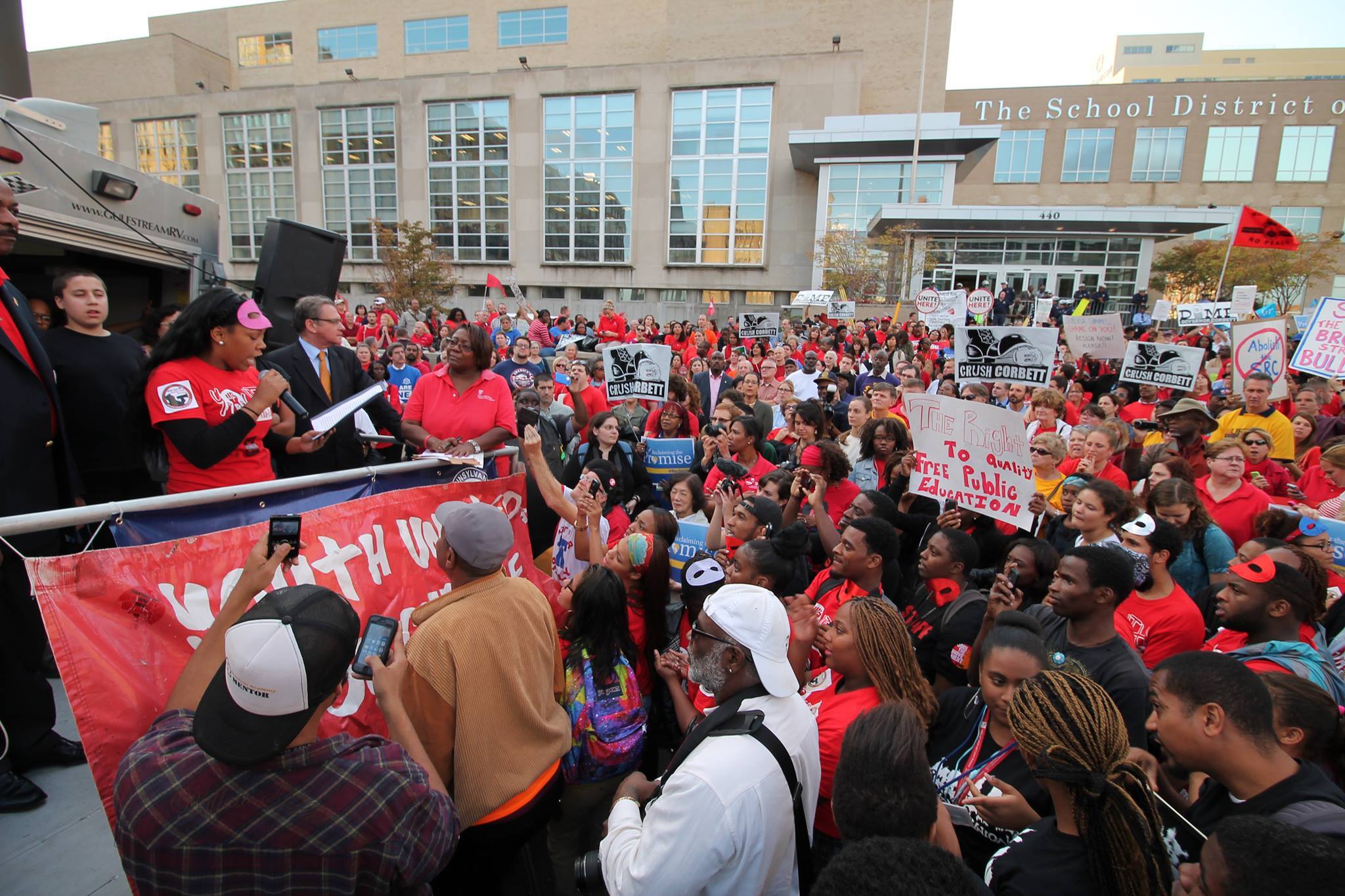 I haven’t really been sleeping well as of late. Usually when I have a bout of insomnia, I pick up my IPhone and start looking up random stuff on Wikipedia. As a kid, I used to read my family’s set of encyclopedias to help me go to sleep; still continuing that habit it seems. So, I randomly begin looking up scientific information, mostly dealing with physics, quantum mechanics, string theory, you know, stuff 99% of the global population has no clue about. I am one of the 99%. I ended up reading over the Laws of Thermodynamics because of my interest in how energy works, and by extension, how energy is transformed through life cycles. I have read these laws many times, but the Second Law of Thermodynamics, or Entropy, struck me hard that night. In really generic terms, entropy refers the universal phenomenon in which all systems, living or nonliving, transition from a state of “order” to “disorder.”

Entropy is the reason why we age, and why things in the physical world “decay” over time. As each day passes, the atoms, molecules, and cells that comprise us are being altered and influenced in a multitude of ways; all things are constantly changing because the probability of alteration grows right after the object comes into existence. So from the moment you are born, you are heading toward “disorder.”

On the surface, this can be somewhat depressing. However, if you look at it in universal terms, it is an amazing concept that reminds us of the need to constantly re-evaluate ourselves and mindfully prepare for the changes that will inevitably take place in our lives. Entropy got me thinking that night about how we view or conceptualize “change” and gauge “progress.” One of the things I have seen popping up in the media is the narrative that youth today are not like those that came before; that they are somehow deficient as citizens and human beings because they haven’t met some sort of generational activism benchmark. Also, I see a disturbing form of incapacitating nostalgia growing around the great freedom movements of the 1960s and 1970s, with those who identify as “activists” using the common throwaway refrain that people today just don’t get it like they did back then. These viewpoints and declarations indicate a level of generation-oriented narcissism and political elitism which refuses to acknowledge that what was useful in helping build “the new world” back then, has inevitably become ineffectual due to society’s evolution. Therefore, these approaches will no longer resonate with a large portion of the people as they did during their heyday.

Human beings have always existed precariously. To live has always meant to struggle. This has been true since our egalitarian ancestors first roamed the African savannah. With the establishment of property ownership during the Agricultural Revolution, the struggle to live no longer just consisted of watching out for predators, dealing with the elements, or figuring out where to find ones next meal; it also meant fighting against subjugation and domination from those wishing to maximize their own life experiences on the backs of others.

The precarious nature of human existence, along with the ongoing struggle for freedom, is what binds us to those who fought against the numerous empires that existed on this planet across millennia. However, each generation has dealt with this struggle on their terms, and in ways that were fitting for the times. History should be remembered and respected, but it should never be viewed as a blueprint or something to be emulated today. If you think about it scientifically, using the concept of entropy, human civilization has been heading to greater and greater “disorder” since its inception; alternatives on how society can look or be structured grow exponentially the longer human civilization exists. Therefore, the ways in which people strive for change or make society more just face real challenges over time if they don’t try to take into account the myriad of ways in which society can and will probably evolve. No one could have predicted we would have things like the Internet, social media, or deregulated air travel back in the 1960s and 1970s. Yet we do. People had (3) three television networks back then and perhaps two or three local newspapers that helped shaped their worldview. Let’s not even discuss how many media outlets or means of transportation to get away we have now that help us distract ourselves.

It is hard to replicate two things that are exactly alike; not even DNA multiplies itself the same way. Therefore, grossly comparing what happened 50 years ago to what is occurring now without context makes absolutely no sense if you think dialectically about change. The world that Millennials are coming-of-age in is totally different from the world Baby Boomers experienced during their youth. For example, the United States experienced an unanticipated expansion of wealth not because of the nation’s inherent “exceptionalism”, but because most of the industrial world was obliterated during World War II. Post-War America was an economically anomalous development; it would be damn near impossible to replicate that phenomenon today with globalization in place. Along with the enormous Post War wealth came jobs and a decently employed citizenry who demanded more from society; something similar is taking place in Brazil today. Capital could make concessions because there was no real global competition up until the 1970s. Many of the federally-funded social programs we love that came into existence during the early Post War period were products of both hard-fought battles of laboring people in the streets AND the immense reserves of wealth which could subsidize “the betterment of society.”

However, as American Capital began to experience competition from overseas threatening its economic dominance during the mid-1970s, the ”betterment of society” took a back seat to the nation maintaining its position on top of the world. This continuing period of faux scarcity has impacted children born in the 1980s and 1990s in serious ways. While the Boomers generally experienced collective wealth with no global economic competition that allowed them to attend college and explore radical ideas without the fear of where to find a job or how to payback astronomical amounts in student loans, kids these days are worried about how they are going to make a living that allows some time for an eventful life and lets them focus on more than the impossible dream of retirement. Kids are also more individualized as a result of misapplication of liberating identity politics rooted in the freedom struggles of the mid-20th century; this makes it harder to think or act collectively when you always have to bolster your superficial or contextual differences for fear of being not “conscious” enough. Now, I am making some gross generalizations here; I haven’t even talked about the innumerable variables which impact how a society evolves like outlooks on race, gender, class, etc. But the overall point is that the conditions of the past movements will not bring about the refreshing change most of us want today. It can’t happen and it won’t. We have to build something new based in the now with an eye to the future.

As I said before, experiencing or observing entropy taking place can be depressing. When thinking about change and progress, we can get depressed looking at some of the regressive things going on in our neighborhoods, our cities, our politics, and our country. Nevertheless, it is inevitable that as we move forward through time things will break down, and therefore the obsolescence of activist practices/approaches as well as political ideology should be anticipated. This does not mean that we stop protesting, stop writing petitions, or stop striking. We need to build on the great foundation these tactics provide, but not use them to define what change or the struggle of change should look like today. We need to do what has been lacking generally in our approaches of late: building alternatives to what currently exist where we live. We should become deeply rooted in our communities, not simply as people looking to politicize individuals who don’t know what we know, but as loving neighbors and caring comrades looking to scale down revolution in a way that makes all people change agents, and no longer collectively abstracts individuals as “the masses.” We should be building education centers and schools that promote community development and liberation politics as key to remaking our world for the benefit of all. Enterprises that bolster our need for cohesion as a species through cooperation and collaboration while rejecting hierarchy and management dictatorships. At this seemingly micro level, we can begin re-imagining the collaborative values that will guide our neighborhoods and cities to becoming spaces were our economies and governing bodies operate in ways that allow everyone to maximize their life’s potential. When something dies, something else is allowed to live. It is time to live, family.

Things fall apart; this is inevitable. But it’s a good thing.

*** Rapheal Randall is the Executive Director of Youth United for Change (YUC), a youth-led, democratic organization with a membership comprised primarily of young people from working class communities of color, who utilize organized “people” power to improve the conditions of Philadelphia public schools. His goal in life is to help others realize their leadership and ability to build strong and vibrant communities while keeping their democratic institutions responsive to their needs and dreams. You can find out more about YUC’s work at their website: youthunitedforchange.org